Deland Shuffleboard Club hosted the Intercity End of Season Tournament and lunch. We all met at 8:30 am in their meeting room while Richie and Carolyn assigned our Line Numbers for Group A & Group B (based on averages). Christine said a prayer before we Pledged Allegiance to our Flag.  Richie then explained the rules of the tournament before we drew for courts.   The winners of each match recorded their scores before drawing for new courts.

We played three matches and then took a break for lunch. Richie and Caroline had prepared a delicious ham & sauce which went with the coleslaw, potato salad, chips and a drink.

After our lunch, we drew for  two more matches and then came inside for ice cream while Richie tallied up the scores.

CONGRATULATIONS TO ALL THE WINNERS AND THOSE WHO PARTICIPATED. 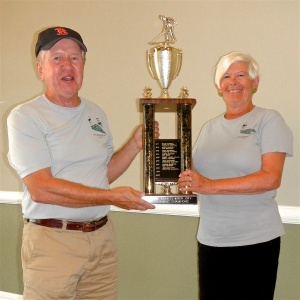 Pictures from the Intercity End of Season Banquet