Today was the Final Day of the season for our Thursday Morning Four-Play. The expected crew showed up to prepare the courts for match play.  Thirty-Two (32) ardent players showed up to challenge each other on the shuffleboard courts. We only had the following three shufflers who won all four of their matches, Tom Rimmer, Christine Giumarra (from Deland) and Darrel Harman. Congratulations! 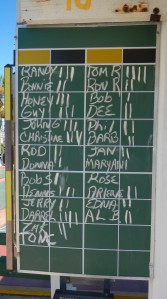 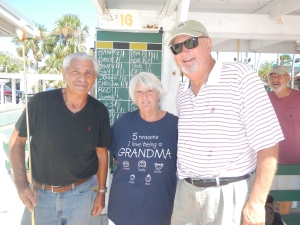