This tournament was held at Mid Florida Lakes’ shuffleboard courts on Thursday and Friday of this week. It was well attended by 36 participating teams, interested observers and attentive volunteers. Sixteen (16) CMS Club members participated.  The Tournament Director was Jack Wooten who was assisted by Donna King.  Jack was also the tournament sponsor.  The tournament was very well organized and administered to.  The Mid Florida Lakes Shuffleboard Club were excellent hosts.

THE CMS CLUB FINALISTS WERE:

Congratulations to all the participants and finalists for matches well played! 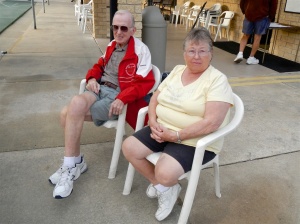 More Pictures from the Tournament